The workshop co-organized by Federation of Somali Journalists (FESOJ) and the Finnish Foundation for Media and Development (VIKES) with funding from the European Mission for Somalia has kicked off in Mogadishu on Tuesday 24 September, 2019.

The training is expected to contribute to improved situation of female journalists in the country by equipping them with practical tools and resources to advocate for increased women leadership positions in local media houses in a bid to reduce gender discrimination and harassment in male dominated media setting.

At the opening ceremony, Mohamed Ibrahim Moalimuu, the Secretary General of the Federation of Somali Journalists (FESOJ), briefed the participants about the initiative and objective behind the event. “Due to societal pressure and insecure work environment, women in the Somali media are often to rethink and abandon their profession.” He vowed to help remove such hinderances by actively lobbying for the creation of a friendlier and flexible environment with the support of all stakeholders.

Peik Johansson, VIKES program coordinator who quoted the workshop slogan “The story of the world is half-told when it is told only by men” had encouraged female journalists to use their platforms to write stories about women issues, interests, views and experiences of Somali women with the world.

Dr. Abdulkadir Dheisow, Dean of the faculty of journalism at the Somali National University announced that the university will soon launch a post-secondary diploma in journalism in partnership with ministry of information and Somali media fraternities with sponsorship from IMS and FOJO. He urged the professional female journalists in attendance to encourage aspiring female students to apply for the program.

Deputy Minister of Information, Culture and Tourism, Aden Isak Ali who officiated the workshop opening thanked the organizers and particularly appreciated the two-female facilitators who travelled all way from Europe to share their expertise and knowledge with fellow women journalists here at home.

FESOJ and VIKES is planning to hold another round of the same training in Puntland in the coming weeks. 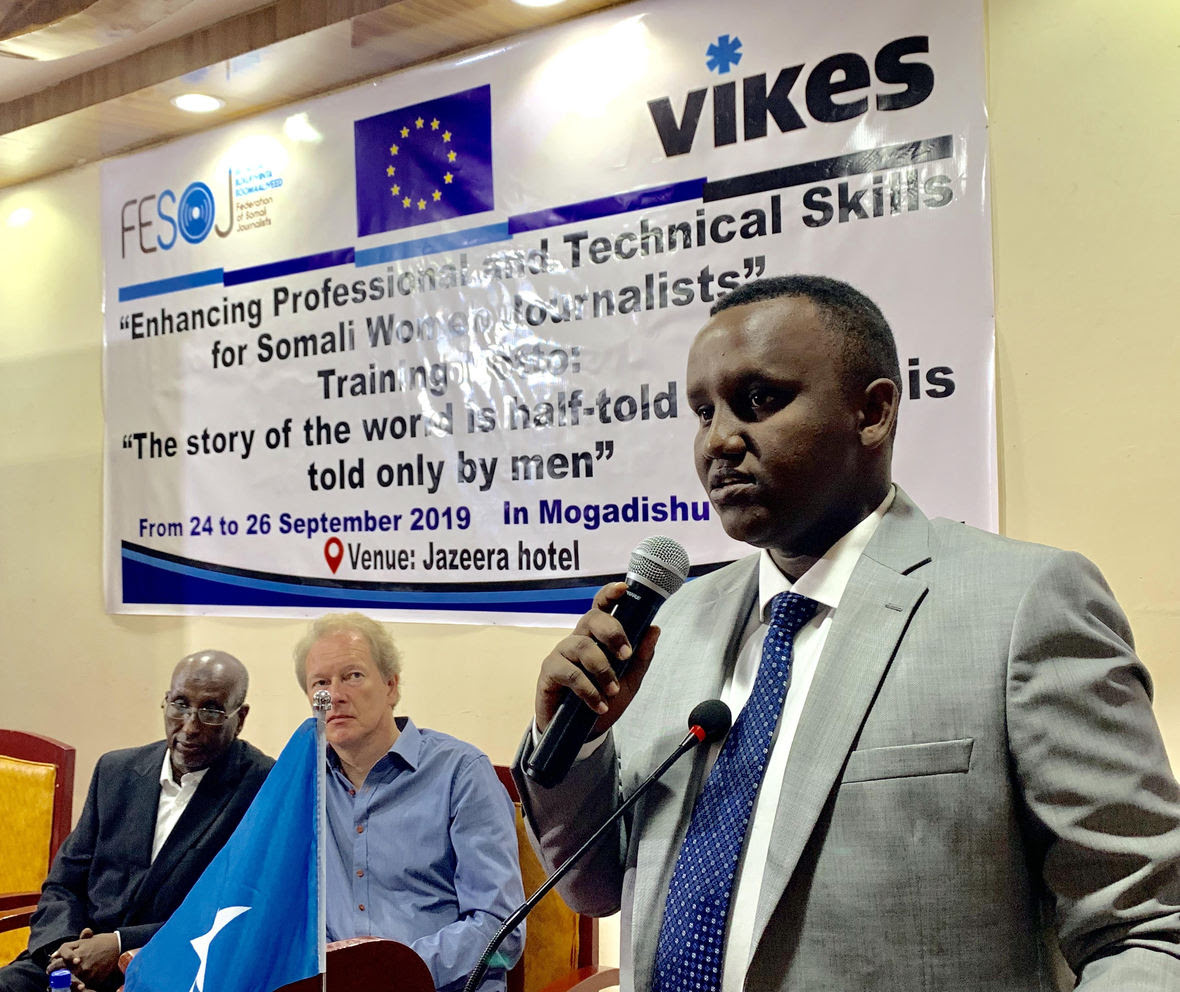 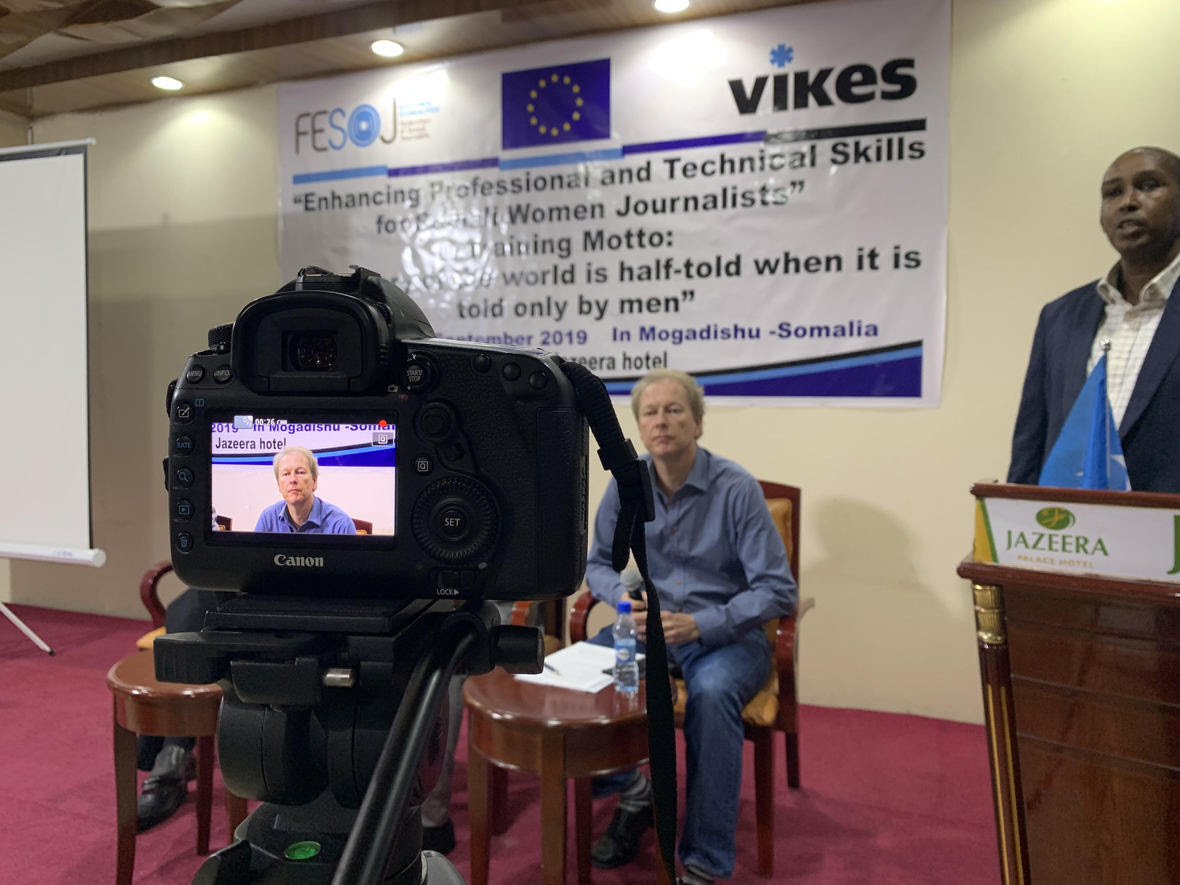 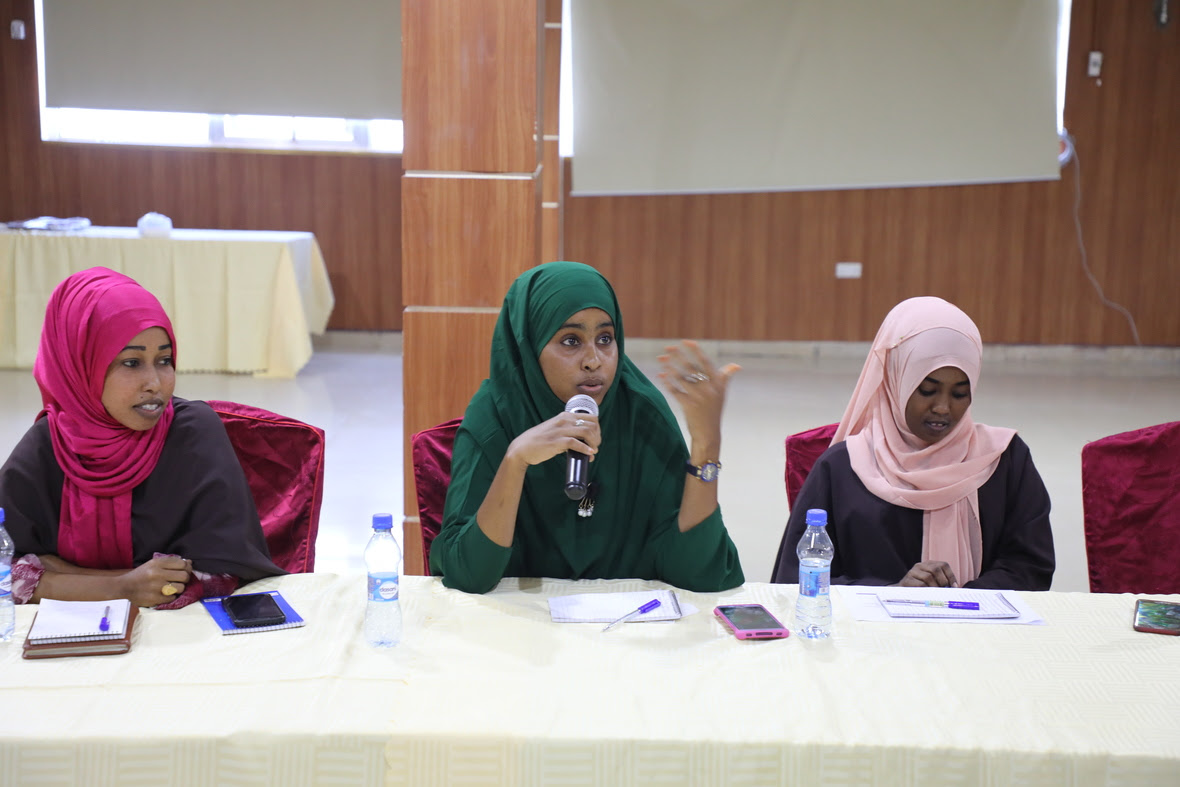 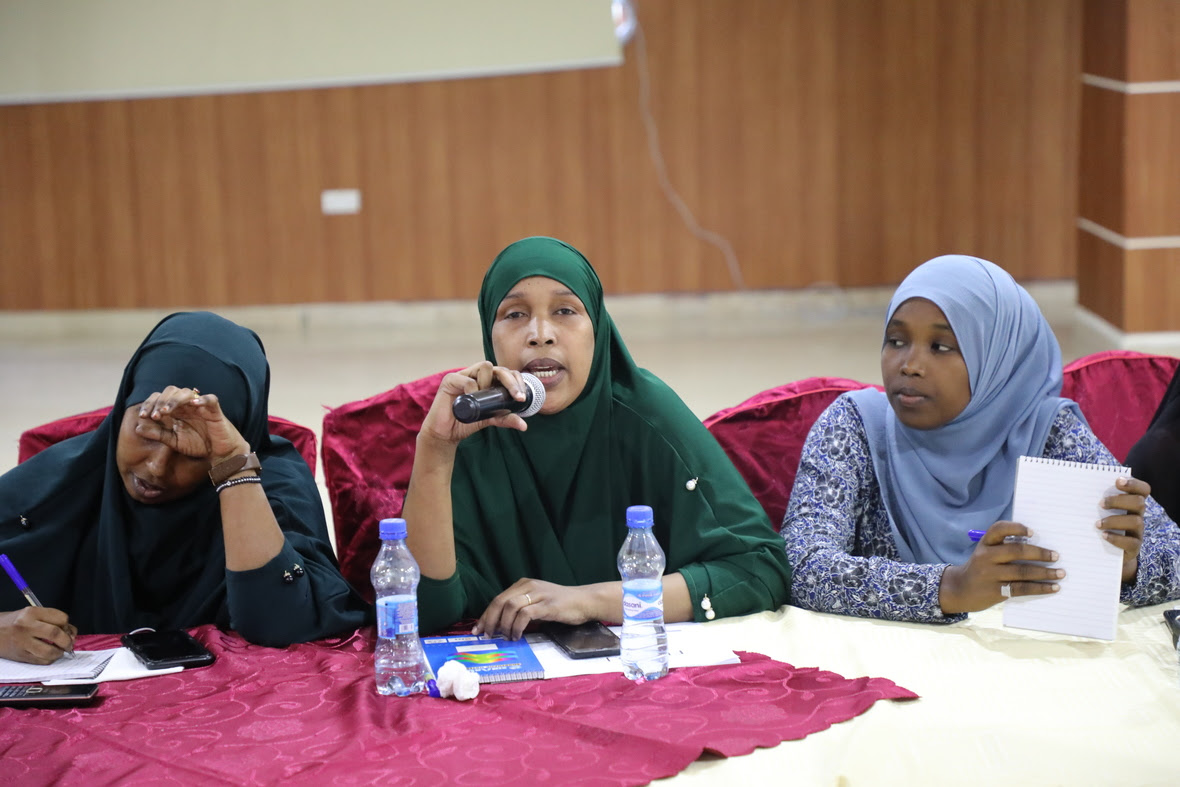 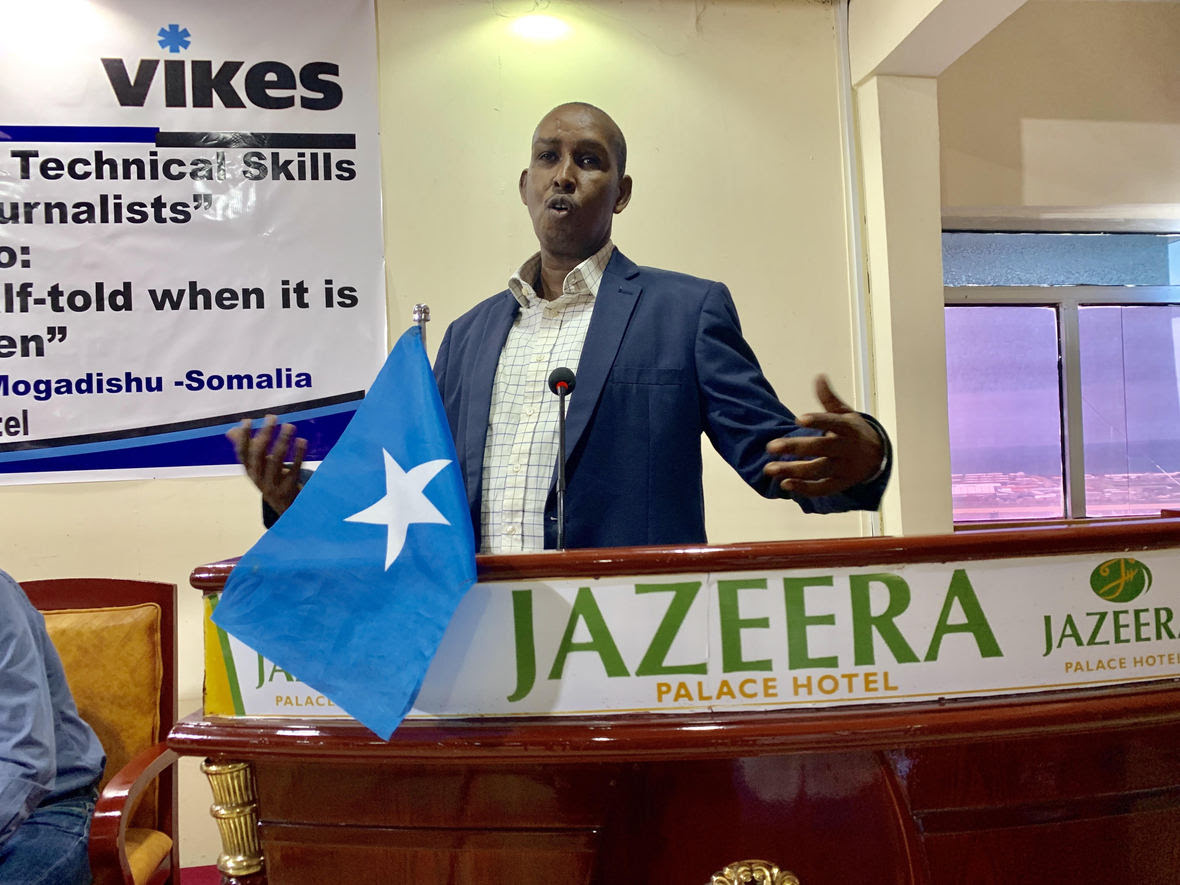 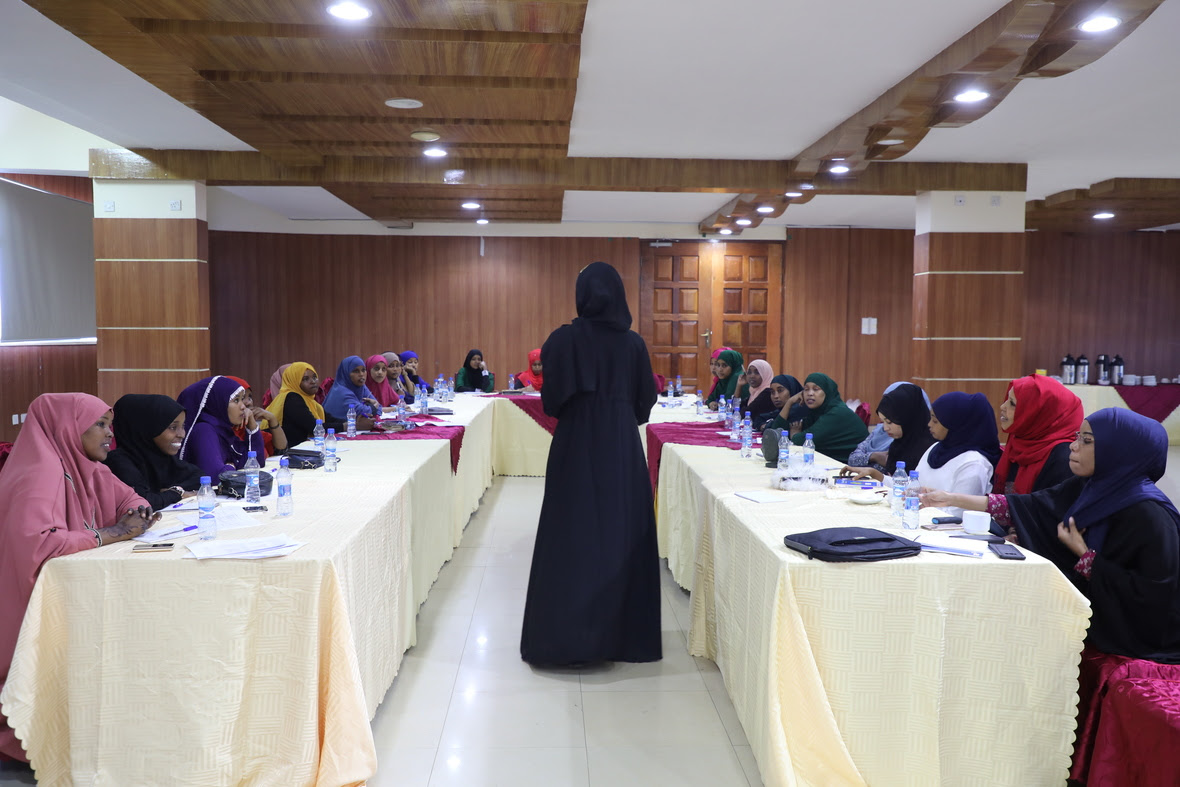