At least three mortar bombs were fired on Sunday at Mogadishu’s international airport, injuring at least six people in the compound where several embassies are located, a diplomatic source said.

The missions of the United Nations and African Union, as well as several embassies, are based inside the perimeter fence.

The Horn of Africa nation has been plagued by conflict since clan warlords overthrew a dictator in 1991. This was followed by fighting between rival clans and an Islamist insurgency.

Al Qaeda-aligned Al Shabaab, which seeks to topple the U.N.-backed government, often launches attacks in Mogadishu and across the country. It did not immediately claim responsibility for Sunday’s attack and could not be reached for comment.

The Somali government could also not be reached for comment.

“I am appalled by this blatant act of terrorism against our personnel…Thankfully, the majority of our staff is unhurt,” U.N. envoy James Swan said in a statement.

Al Shabaab has been trying for years to oust the central government and implement its strict version of Islamic law. It was driven out of the capital in 2011 but maintains a foothold in some regions including South West. 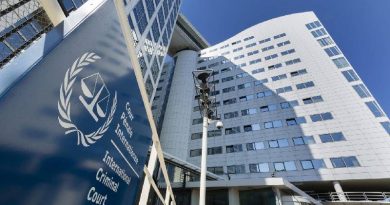