Somalia is taking steps to attract foreign investment to its energy sector but challenges remain, most notably in how the federal government can integrate its policies with those of the state governments.

Somalia’s Upper House has voted to approve the Petroleum Law, following its third reading on January 6. A statement said 28 of the senators had voted in support of the law, which was approved by the lower house in May 2019.

This law will go some way to sorting out the difficulties of investing in Somalia but, crucially, it remains unclear who companies would need to talk to in order to gain access. Is it the central government, based in Mogadishu, or the governments of one of the states where work would actually take place?

The relationship between the states and the government remains testy. Somaliland maintains it is an independent state, while Puntland is on the inside but sticks to its own line. As the country heads towards a licence round, which may be held this year, potential explorers will be watching with interest.

Somali Minister of Petroleum and Mineral Resources Abdirashid Mohamed Ahmed described the vote as a “major step forward for Somalia and its people as the Petroleum Law is approved by the Upper House and moves closer to completing its legislative process”. The next step for the bill is for it to be signed into law by the president – although the state of Puntland has come out against this.

The law states that any oil discovery belongs to the Somali people and that the revenues resulting from such are to go to the long-term needs of the population. The new law provides amendments to the previous law, from 2008.

Notably, it sets out a revenue-sharing agreement that intends to set out how cash will be shared by the federal government, the six member states and local communities. The International Monetary Fund (IMF) has supported the passage of the Petroleum Bill, while also putting forward a clear strategy for auctioning blocks, “before the planned oil exploration licensing is implemented”.

The Petroleum Law also sets up a Petroleum Registry for those holding legacy rights in the country. Shell EP Somalia and Mobil Exploration Somalia Inc. (MESI) hold exploration and production rights over five offshore blocks: M3/4/5/6/7. These were secured under a concession agreement with Somalia’s federal government, which has been under force majeure since 1990. The two companies were reported as having paid $1.7 million in retrospective charges late in 2019, local news sources reported.

These have been held for 30 years under force majeure, declared by the companies as the country descended into anarchy. One of the stated aims of the legislation is to provide “fair treatment” to those holding rights before 1991, when the government of Siad Barre fell.

The new legislation also sets up the Somali National Oil Co. (SONOC), which is intended to participate in operations.

Once the Petroleum Law has been signed off by the president, Somalia will publish a new model production-sharing agreement (PSA). This will replace the existing model PSA, which dates from January 2019.

Statements from Somalia’s oil ministry in May 2019 suggested the acquisition of more seismic data and exploration drilling may come in 2020 and 2021. 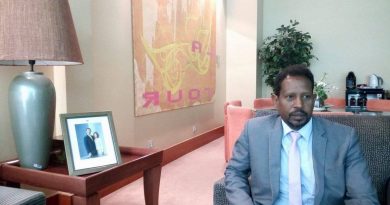 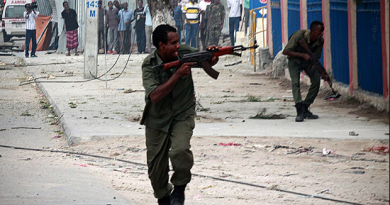 “Tribalism and the fight against Terrorism”